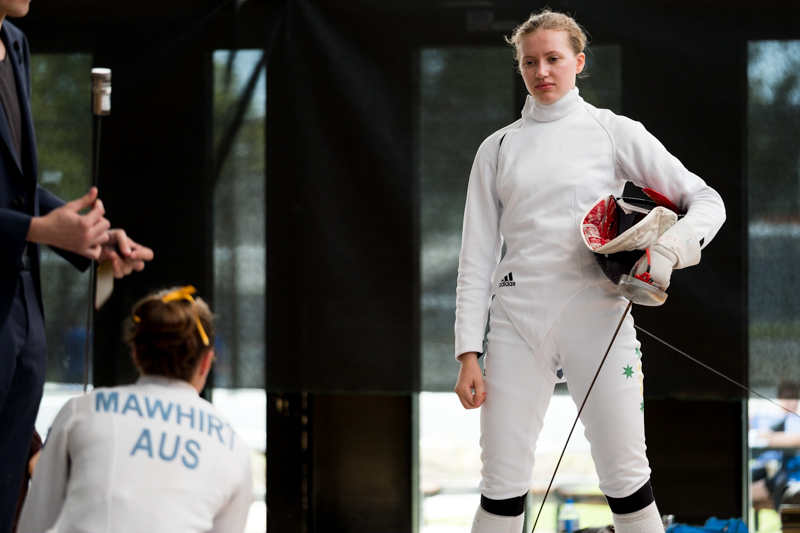 A sport involving one-on-one combat with a weapon might not be the obvious choice for competitive girls.

Sabre traces its roots to military training and the mastery of killing. Epee was born out of dueling, a very blokey distraction bound up with notions of manhood and honour. But from its infancy as a competitive pursuit in the early twentieth century, women have taken to the piste to fence in droves.

There have been a few obstacles along the way, like long dresses and a stubborn insistence that women couldn’t handle an epee or a sabre. But women loved the sport and they persisted.

After World War 1 decimated their traditionally male clientele, French fencing clubs began offering special courses for women in the 1920s. Women fencers in Denmark held national foil championships between 1915 and 1918 and British and Danish women convinced the FIE to include a women’s foil competition at the 1924 Paris Olympics.

Skirts were compulsory until 1935 and at the first international fencing competition for women in 1921, Uta Barding, described as a ‘strong and scientific Danish fencer’, won the event fencing to the strains of the Toselli Serenade.

Too dangerous for girls

It took until the 1980s for a committee of five women, chaired by a man, to investigate issues of ‘protection and safety’ for women fencing epee. After much debate, women competed in epee internationally for the first time in the 1989 World championships but only using the traditional french grip handle on their weapons. Pistol grip was considered too dangerous.

Women, including Australia’s Sarah Osvath, could finally fence epee using pistol grip at the Olympics in Atlanta in 1996.

Sabre followed suit eventually, despite misgivings the weapon was ‘too demanding, with blows too violent for frail shoulders’. The first world championships for women’s sabre were held in Seoul in 1999 with the first Olympic event in Athens in 2004.