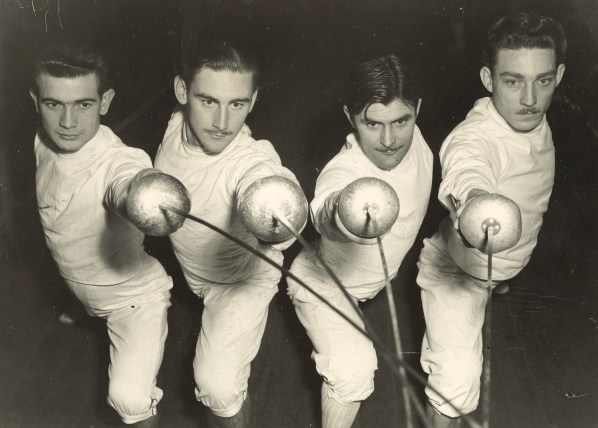 Australian Fencing notes the passing of Tom Cross who represented Australia in the foil team event at the 1956 Melbourne Olympic Games.

Tom was raised in Sydney where he developed his love for the sport, although he later lived in Melbourne and competed for Victoria.

Tom’s daughter Carolyn Wilson says her father was very proud of his fencing achievements. “While training in London and Europe he beat the world foil champion in a club tournament, a Hungarian fellow who apparently didn’t take it very well – so at one point dad was the best swordsman in the world, however brief or unofficial,” Carolyn says.

In 2000 Tom participated in the Sydney Olympic Games torch relay, running with the torch in Brighton, Victoria. 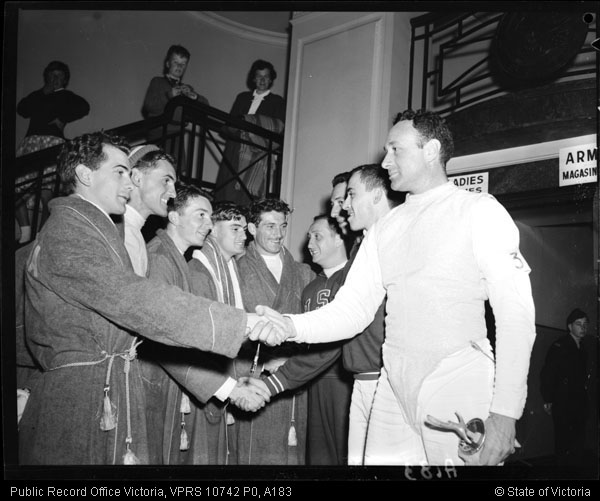 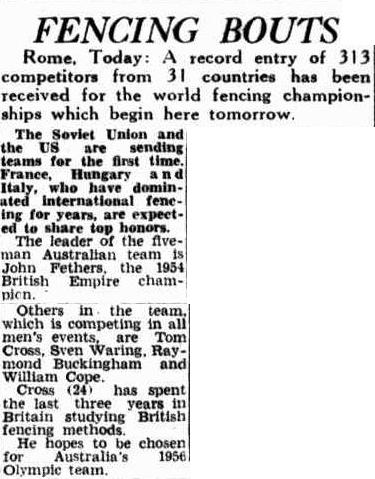 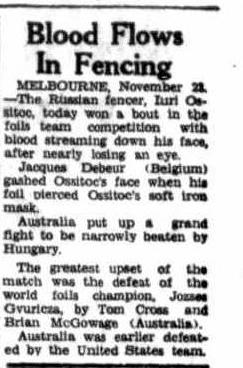