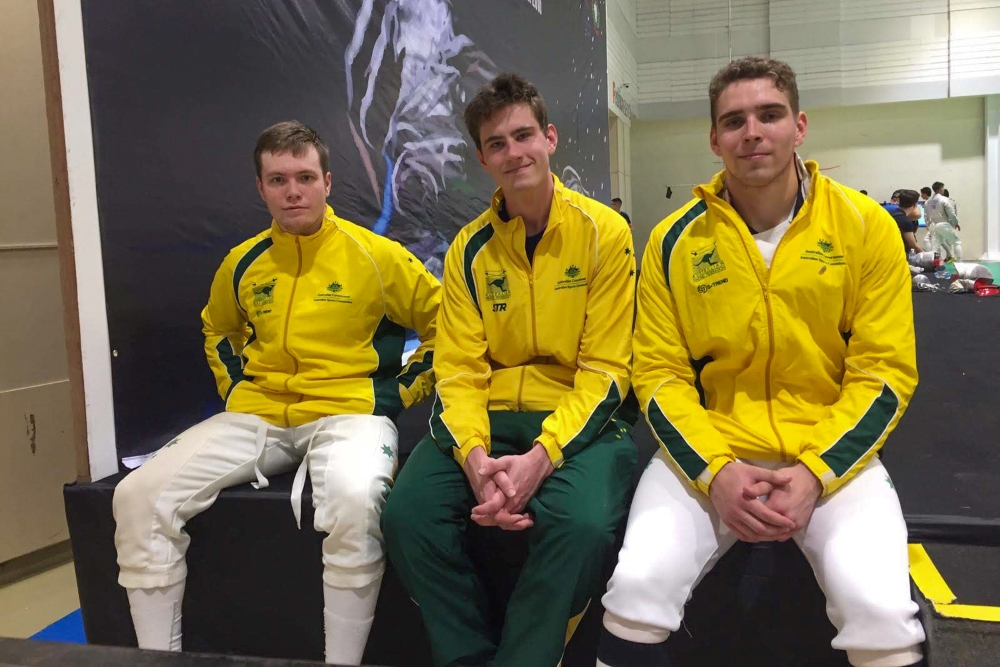 Our Aussie contingent has returned home after competing in Bangkok, Thailand at the 2019 Under 23 Asian Championships.

Alex Brown (men’s sabre, 4V1D) and Sean Andrews (3V3D) fenced well in the pools with both progressing to the direct elimination round of 64. Each athlete won their first bouts against their Jordanian opponents (Brown 15-11, Andrews 15-14). Brown then bowed out to the 13th ranked Lee (KOR) who went on to finish the competition with a bronze medal. Andrews achieved quite the upset by beating the 2nd seed Alshamlan (KUW) in a dramatic bout (15-14) in which his opponent attempted everything he could to secure the victory. Andrews then convincingly won his top 16 bout, 15-11 against Villanueva (Phi) to progress to the round of 8. Andrews’ next bout saw him make a strong come back after being down 8-4 at the break but he finally succumbed to Shrinualnad (THA), 15-12.

Australia then fought against a formidable Kuwait team in men’s sabre, ultimately losing 33-45 to finish just outside the eight.

Our Aussie foil team finished in 10th place, after also losing to Kuwait 45-34.

Siobhan Rice (women’s sabre) and Alanah Maclaurin (women’s epee) each missed the preliminary cut with both athletes notching only one victory in the pools. William Beckey (men’s sabre) and Oliver Pring (men’s foil) suffered similar fates and did not progress through to the next round in their individual events.