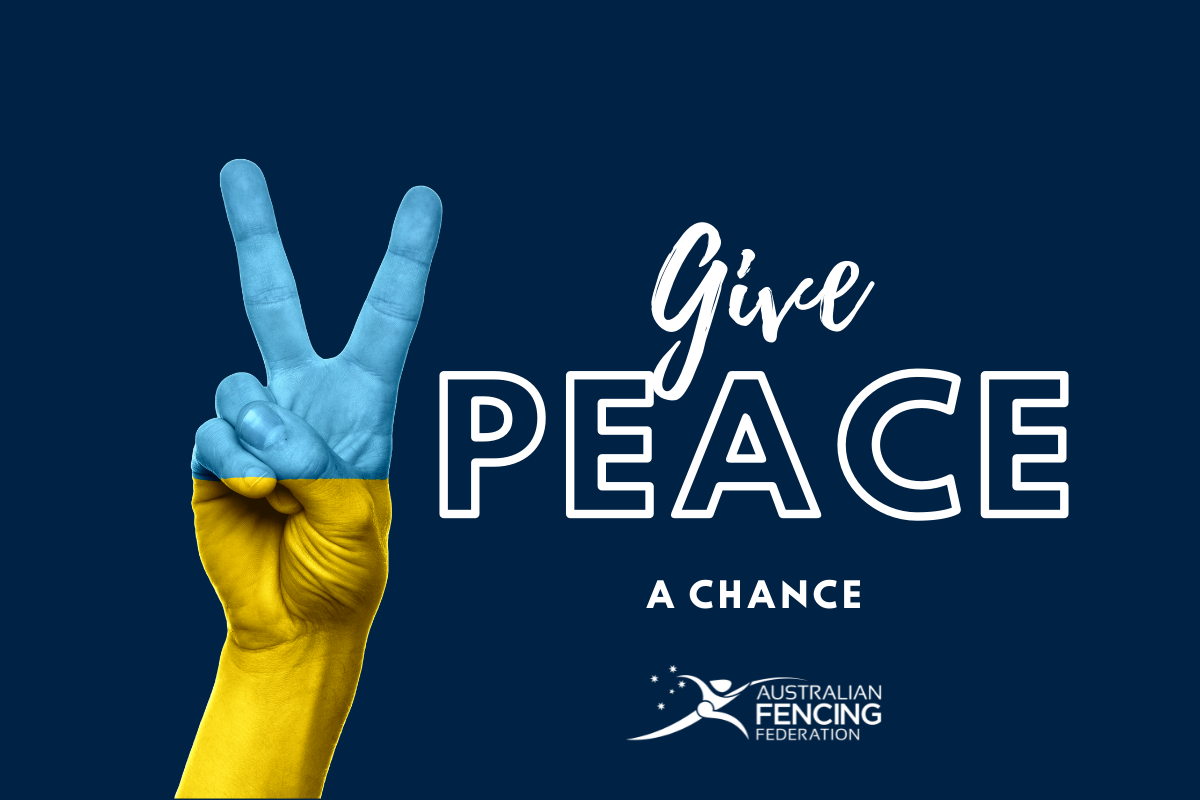 In support of Ukraine

The Australian Fencing Federation (AFF) is appalled and saddened by the recent military aggression by Russia against Ukraine, with the attendant civilian deaths and widespread suffering by the Ukraine population. We strongly condemn the actions of the Russian Government and stand in solidarity with the Ukraine people. We hope Ukrainian fencers can resume sport free from the tyranny of invading forces without delay. We look forward to competing with our Ukrainian and Russian fencing friends on the world stage as soon as possible, in sporting arenas where there is respect for the sovereignty of all fencing nations recognised by the International Olympic Committee (IOC).